Who Accepts Bitcoin as Payment?

Bitcoin dominates the cryptocurrency market, and it is now the largest digital currency, as well as being the most popular. There are many large companies out there that are accepting Bitcoin is a legit currency. Let’s take a look at what these are. 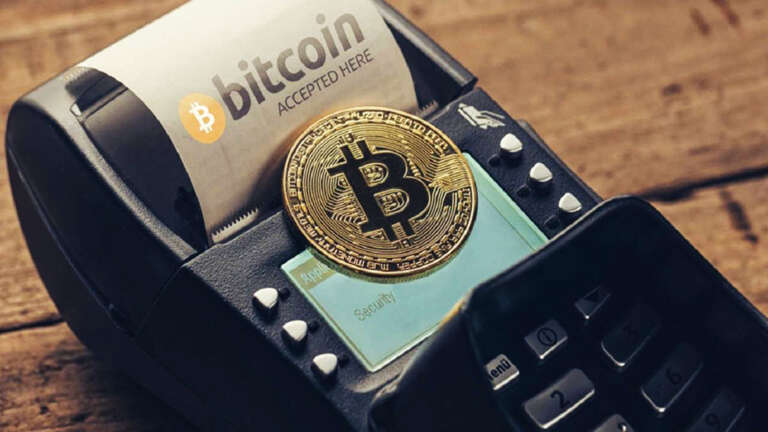 Bitcoin dominates the cryptocurrency market, and it is now the largest digital currency, as well as being the most popular. There are many large companies out there that are accepting Bitcoin is a legit currency.

Let’s take a look at what these are.

Wikipedia accepts donations via Bitcoin. You can process your payment through BitPay.

Microsoft lets its users pay with Bitcoin to top up their account. Back in the day, the company stopped accepting cryptocurrency for a bit, but has since resumed.

This is the first major mobile carrier in the US to offer their clients the option of paying in Bitcoin.

Burger King in Germany and Venezuela have said that they have started accepting Bitcoin on their mobile app and website. However, you can only do so by ordering online, and we think that this was more of a marketing gimmick than anything else.

KFC said that they would start accepting Bitcoin for a limited time in exchange for a new product, called a Bitcoin Bucket. The bucket was delivered straight to the customer’s home, so again it looks like this was a marketing gimmick.

Overstock is a famous American retailer that sells bit ticket items at a lower rate thanks to overstock, and they have since partnered with Coinbase to let people pay with Bitcoin online.

There are now a number of different Subway branches that are accepting Bitcoin as payment.

Twitch, the online gaming streaming platform, is accepting Bitcoin as payment for its various features and services. This option was removed by then reinstated.

Pizza Hut says that people can now order a pizza with Bitcoin in Venezuela. Of course, they aren’t ready to take this move global, but it’s certainly an interesting step.

The Miami Dolphins want to give their home game attendees the option of being able to pay with Bitcoin.

The Dallas Mavericks are another team to now be accepting Bitcoin as payment for tickets to their games.

Virgin, the airline company, says that you can now pay for space travel with Bitcoins.

Norwegian Air Shuttle is the largest airline in Scandinavia, and it plans on providing its customers with the option of paying in Bitcoin for future tickets.

Namecheap is one of the first domain name registrants that started accepting Bitcoin way back in 2013.

CheapAir is an affordable online travel agency that was established back in 1989 and has started accepting Bitcoin as a payment option.

Gyft is a website where you can send and receive gift cards online, for companies like iTunes, Amazon, and Starbucks. They have started accepting Bitcoin as a payment method.

NewEgg is a computer hardware and consumer electronics retailer online that has added Bitcoin to its list of payment methods. They were actually one of the first companies to do so.

A nonprofit digital library that is based in San Francisco, the Internet Archive accepts donations in Bitcoin.

The Pirate Bay, a longstanding online index of digital software and media has started accepting Bitcoin donations. In fact, they were accepting them back in 2013.

4Chan is a much-loved site among cryptocurrency users, and it now accepts Bitcoin and Ethereum, among other cryptocurrencies.

Mega is a file hosting service and cloud storage company launched in 2013 by Kim Dotcom, which accepts Bitcoin as payment.

While Amazon itself doesn’t accept Bitcoin payments, you can use third party intermediaries like Purse.io to shop for anything on the site and pay for it in Bitcoin.

The super popular VPN service now says that its clients can pay for their services in Bitcoin.

Benfica is a really popular sports club that is based in Lisbon, and it accepts Bitcoin for tickets and merch payments.

Can Bitcoin be Converted into Cash?

Yes, you can convert Bitcoin into cash through Bitcoin exchange.

No, but as we mentioned above, you can use an intermediary to purchase items through Amazon with Bitcoin.

What Can I Buy with Bitcoin?

You can buy virtually anything with Bitcoin, by purchasing a Bitcoin debit card. These are purchased through Mastercard or Visa.

How Do I Trade Bitcoin?

To trade Bitcoin, you set up a blockchain wallet with a popular exchange app, like Coinbase. Once you have done this, you can use a crypto trading bot to help you automate the daily processes of buying and selling your Bitcoin at the right time and rebalancing your portfolio.

There are still a lot of companies out there that don’t accept Bitcoin, but it is becoming more prevalent. It is clear to see that it is increasing year on year. You will be able to find big brands out there to spend your Bitcoin with, and it’s only going to become more common. Good luck!