How Many Americans Are There in 2023? (Census Stats)

In this article, we will be discussing how many americans and other relevant information. 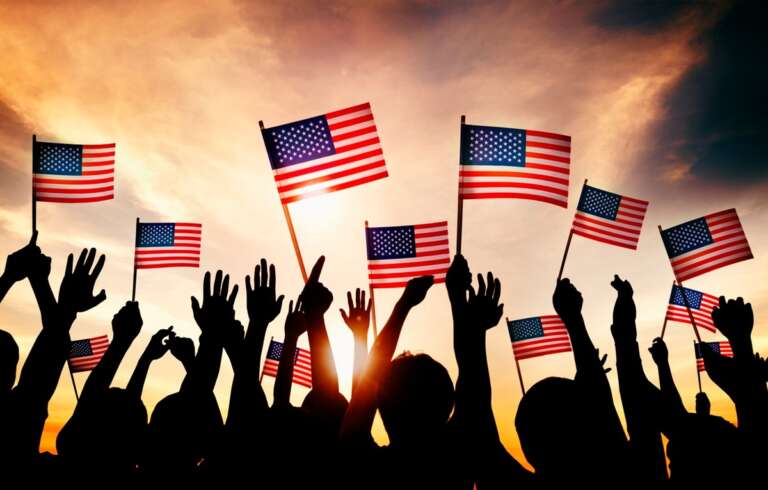 How many Americans are there in 2023?

You may find the answer to be not quite straightforward.

Perhaps, we may never have an exact figure.

However, numerous censuses are carried out to keep updating this figure regularly.

How Many Americans Are There in 2023?

A recent Worldometer survey used data from the United Nations to arrive at a figure on 25 June 2022.

This might look like a mobile phone number but it’s not! The short form interpretation of this number is 334.8 million people which amounts to a huge number of Americans!

It reflects a significant rise in population between 2020 and 2022.

This amounts to a surprisingly high figure when we think of countries like India, Bangladesh, and China to be the highest populated countries in the world.

The high number in population in the United States also emanates from the vast area of this country.

Unlike many highly populated countries where the majority of the population lives in villages, the United States is the opposite.

In this country, 82.8% of the population lives in cities, which speaks of the high degree of urbanization in the United States.

The average age of Americans in the U.S. is 38.3 years, which reflects a fairly young population and workforce.

There was a faster increase in the adult population than those below 18 years between 2020 and 2022.

Another interesting fact of the 2020 census reflects a 79.7% share of the adult population in the Northeast, with the minority falling to those below the age of 18 – precisely 20.3% of the total number counted.

The decrease in the younger population could be attributed to a drop in fertility rates since 2007.

Number of Households in the United States

Coming to another interesting statistic concerning how many Americans are there is the number of households in the United States.

When we talk about a household, we mean a room, apartment, or house which comprises a separate residence.

The figure for the number of households in the United States has more than doubled since 1970 when the figure was roughly estimated to be 63 million.

The U.S. Census Bureau states that the size of the average household today stands at 2.53 people per dwelling.

The Population of Homeless People in America

So much for the number of households in the United States. But what about the homeless? Living in America doesn’t necessarily mean all is well.

Having a roof over their heads is something that all Americans cannot claim to have.

The U.S. Department of Housing and Uban development stated that in 2020, the number of homeless people stood at 580,466.

This agency in its annual report put the number of homeless people on any given night at 0.17% of the population of the United States.

The number represented here is the first increase in a decade, since 2010. The most-affected cities are New York City and Los Angeles.

Related >  How to Create an Online App

As unemployment continues to rise especially in the last two years during the COVID-19 pandemic, the number of homeless people in the United States is expected to increase significantly.

How Many Americans Are There in The World?

Estimates put the number of Americans (excluding those in the military) as 8.7 million in 2016. These people live in over 160 countries across the world.

The figure was put forward by the AARO delegates during Overseas American Week in 2016.

The figure of 8.7 million would need the states of Tucson, Philadelphia, Chicago, and Los Angeles to accommodate so many people!

This number is a rough estimate, but considering the increase projected in the population of the United States, it could easily have reached 10 million Americans spread across the globe six years later in 2022.

According to the Government Accountability Office (GAO) of the United States, the breakup of Americans living in various countries is as follows:

The above data published by the GAO pertains to U.S. citizens living abroad as of 21 April 2015.

Although these figures give us a fair idea about the overseas American population, you can well imagine that the numbers must have increased considerably in the last seven odd years, up to 2022.

It is always a matter of curiosity to know how many Americans are there in this huge country. But arriving at a figure is not always easy.

When you count the number of Americans in the United States, you may get a particular figure.

But what about the Americans who live in various parts of the world?

We covered a significant number of countries where Americans live, but it would be almost impossible to count them all.

So, while we factor in non-resident Americans, we can answer the question of how many Americans are there as 334,834,650.