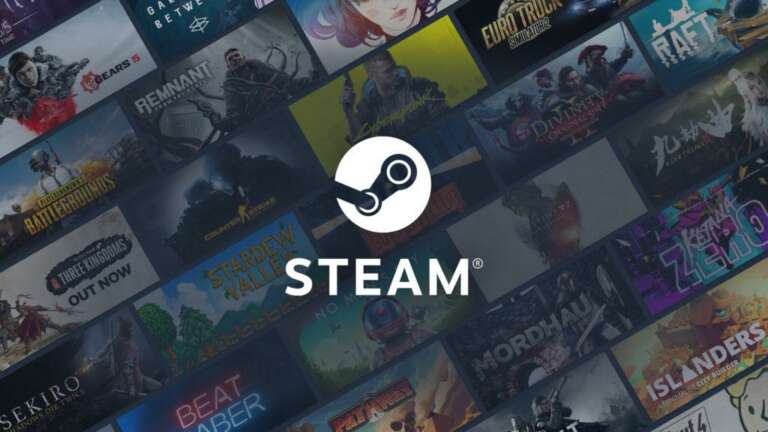 Steam is an online platform created and published by the gaming company Valve. Steam when launched in September 2003 was used as a means for Valve to provide updates and patches for their games automatically. This was to ensure that players did not need to search their website for fixes for any glitches or bug fixes.

The Steam software would also provide better support for piracy and cheating so that the players could enjoy their multiplayer games without seeing someone exploiting a game-breaking glitch. In the start Steam only had games made by Valve but as it grew in popularity and gained success, many games from third-party publishers were incorporated into the Steam library.

These days Steam is the leading platform for people to acquire their games and play on as it has an immense library full of thousands of games from different publishers and of different genres. This is what allows Steam to have something for everyone to play, making it such a widely used platform.

Steam provides a cloud storage system for people to store their games in. Before Steam people needed to buy their games from different websites or buying games physically on disks which were quite annoying for people whenever they wanted to buy a new game, these issues were resolved when Steam was released as players could buy games from the thousands present in the library online and store them in the Steam cloud storage where they could access them anytime by just logging in to their account.

Steam also allows people to share their game libraries with the Steam family sharing feature that allows family members and friends to play each other’s games and get their separate saves without buying another copy.

On Steam, players can friend other players, a mechanism similar to Facebook, and play games together with them. There is also a voice and text chat feature with which players can interact with others and make new friends, or simply hang out with their old friends.

There are also chat rooms and community forums present in steam which allow for players to talk to a large number of people on varying topics, game-related or not. It is a good feature to meet with new people or talk to your friends while playing a game.

Steam has one of the largest gaming communities in the world. The community helps in finding bugs and bringing attention to them so that the developers can fix them and solve issues of people concerned with a game. The Steam workshop is also filled with many great mods for games created by the dedicated community. Steam is one of the few platforms which allow mods to be installed so easily in your game. This opens the way for several ideas of customization.

Steam also provides many sales on their games from time to time throughout the year which allows players to get their games for a cheaper price. These sales may be in the form of solo game releases or sales bundles.

Sale bundles consist of two to three standalone games, their DLC or some other gaming item present on the Steam marketplace, and are sold for a price lower than what one would account for when purchasing all those items separately. This is what attracts players to these bundles. The bundle also does not charge for items that have already been in possession. Any proceeds are refunded sooner or later to the player.

Steam is also one of the few gaming platforms which allow you to buy Steam game keys that can be redeemed on Steam to get a game for free. These keys are usually available from third-party sellers if the game you are looking for does not have a sale on steam.

It could have a discounted key present on the third-party site which allows you to get the best price for your game instead of buying the game for a fixed price. If you’re looking into getting some keys for yourself to unlock the game you wanted to play for so long, then we have just the thing for you.

Eldorado.gg is the perfect marketplace for all things gaming and most of our goods come from the players themselves. These players are the people who have spent several hours in-game. The fact that our products come from players also acts as a surety of our realness and our merchandise. It goes to show that both the buyer and seller are likewise minds.

Steam also functions as the leading title that holds one of the largest gaming communities. It acts as a platform to have individual members communicate with each other online; along with other events that they can join such as birthdays, celebrations, etc.

Amongst these simple events, players would also arrange smaller events amongst one another. Without this platform, online gaming would have been very different than we see and experience. As it has gone through to connect players on a global scale and bring likewise minds together.

Steam has changed the gaming world in many ways since its beginning, for most if not all platforms that it is available on it has left a revolutionary impact.

As a gamer, we suggest you get yourself a Steam account. Steam is the future of the gaming industry. It is termed by many as the best games store for several platforms.

All games will soon be interconnected to Steam and as a gamer, you will benefit from it. If you’re still lacking on the account, fret not! Just head back to Eldorado.gg and check out our Steam accounts in the recent products sale.

We hope you have a pleasant gaming experience benefitting from the services Steam has to offer.