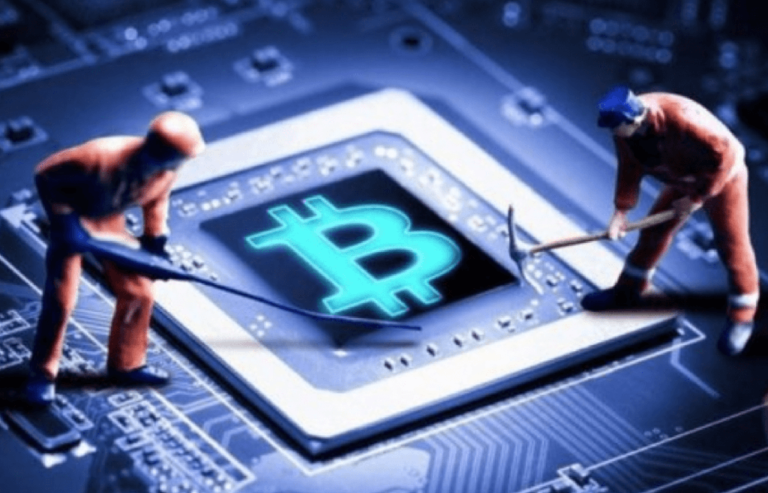 Bitcoin mining is the process of virtually adding a record of a transaction to the blockchain, which is a ledger that is available to the wider public that includes the history of every transaction related to Bitcoin.

Mining is the process of keeping a record of every transaction, that is executed through a huge amount of computer power. Each Bitcoin miner in the world is part of a decentralized peer-to-peer network that makes sure the payment network is secure and trustworthy.

To add to the blockchain ledger securely, mining computers for Bitcoin solve complicated math problems. When they find a solution, the latest block of the Bitcoin transaction is added as the latest link in the blockchain.

As an incentive to continue to mine and contribute to the Bitcoin network, the miner who solved that issue is rewarded with Bitcoin.

Contents show
1) Bitcoin: The Basics
2) 10 Minutes a Block
3) The Mining Evolution
4) Block as an Award
5) Genius Incentive and Design
6) Why Mine for Bitcoin?
7) What You Need to Mine Bitcoin
8) Mining Pools
8.1) More on this topic:

There are three ways that you can get Bitcoin. The first is to purchase it on an exchange. The second is to receive it in exchange for goods and services, and the third is to mine, or develop new Bitcoin.

The procedure of finding new Bitcoin is called mining because at resembles the method of mining for any other resource. For example, when you mine for gold, miners look through the earth in the hopes of finding it. With Bitcoin, miners attempt to solve complicated math problems in an attempt to unlock more Bitcoin.

The blockchain that Bitcoin gets added to is literally a chain of blocks. Each block includes a grouping of transaction information from Bitcoin. Miners can add to the blockchain by using processing power from their computer and by solving complicated math problems.

When they solve these problems, the block will be added successfully, and the miner will be rewarded with Bitcoin.

The above explanation is the basis to the otherwise complicated process of Bitcoin mining. It helps to maintain the payment network and ensure that it is upfront and honest with every transaction.

Because it is built on a peer-to-peer network, every single miner around the globe contributes to the computing power to confirm transactions, keep them safe, and maintain the network in general.

The creator of Bitcoin, Satoshi Nakamoto, designed the Bitcoin network to make it so that a block could be mined every 10 minutes. The difficulty of the math problems has been adjusted automatically to keep up with this 10-minute pace.

As a result, miners started to use gaming computers to try and mine Bitcoin, but the more that they tried, the more difficult the problems became.

As a result, there are now computers that are created solely for the purpose of mining Bitcoin. This means that it now requires really advanced hardware to mine for Bitcoin, and it’s almost impossible to do it from your personal desktop.

Another thing that Bitcoin problem-solving requires is a lot of electricity. Therefore, keeping the cost of electricity low is essential to making Bitcoin mining not only profitable, but sustainable.

Block as an Award

The block prize is how much Bitcoin is awarded for a block that has been solved and added to the end of the blockchain. For every 2000 blocks mined, the reward is designed to halve. This is called the halving process, and it is supposed to happen every four years.

With the blockchain, the network is managed by a global conglomeration of miners. Each contributes to the network, to confirm the legitimacy of the transactions. As an incentive to continue contributing to the network, miners are compensated for their services with Bitcoin.

Why Mine for Bitcoin?

Bitcoin offers miners an alternative to traditional currency that they are in control of. The currency is itself decentralized, which lets transactions happen around the world without banks or governments delaying the process or restricting it in any way.

Bitcoin miners see the value in decentralization of cryptocurrency. There are a number of factors to consider when trying to work out the profitability of Bitcoin right now.

The above elements come together to make mining an attractive prospect. If the variables are in the miner’s favor, they can scale up their operations, and make a profit from mining for Bitcoin. Of course, another attraction to Bitcoin in general is the ability to invest in it and make money from this investment.

However, because there is a finite amount of Bitcoin that is available to mine, the demand is going to get even higher as the number of coins available shrinks. As Bitcoin becomes more widely available for use as a digital currency, then this will only add to the demand.

What You Need to Mine Bitcoin

There are a few things that you need to start mining for Bitcoin. The first is a competitive mining computer. From here, you will need a low-cost power supply, mining software, and a mining pool membership. If you plan on trading Bitcoin as well, and investing in it as a cryptocurrency, then you will need to invest in a cryptocurrency trading bot.

A crypto trading bot can automate your daily activities, and help you with things like rebalancing your portfolio, and finding the best time to invest your Bitcoin. Otherwise, with the increasing demand and competition, you don’t stand a chance of making any money from your Bitcoin investments.

The concept of a mining pool has been created to try and combat the increasing demand in competition in the Bitcoin sector. A mining pool is where a group of miners pull their computing power together to collectively mine for Bitcoin.

If the pool is able to successfully solve a block, then all the miners in the pool will be allocated a portion of Bitcoin, based on how much they contributed to solving the problem.