What Can You Do To Prevent Your iPhone From Being Hacked? 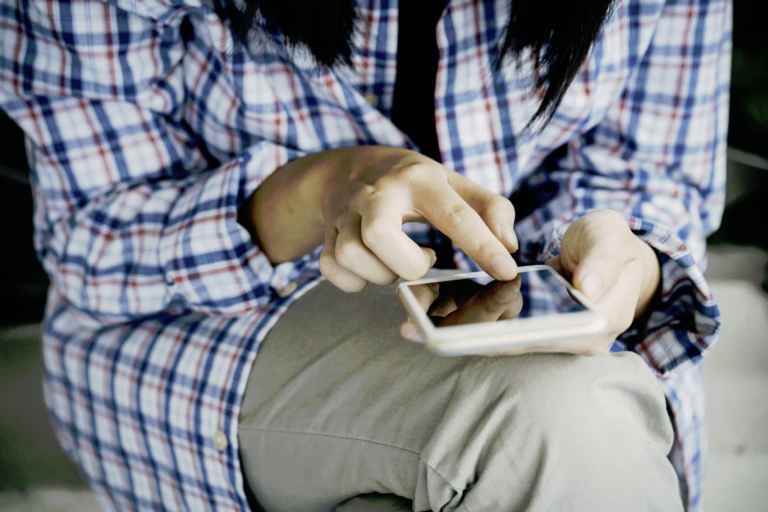 Our mobile devices are endlessly useful, but this makes them incredibly appealing to cybercriminals who’d love nothing more than to break into them and steal personal data.

Because of the threats every iPhone owner faces from day to day, it’s worth taking steps to protect your precious handset from this type of attack. Here are some preventative measures to take, as well as advice on how to tell if it has already been targeted.

Contents show
1) Avoid Public Wireless Hotspots
2) Be Careful When Choosing Which Apps To Download
3) Signs Your iPhone Has Already Been Hacked
4) Using The Integrated Security Features
5) Steering Clear Of Phishing Emails & Phony Websites
6) The Bottom Line On Protecting Your iPhone
6.1) More on this topic:

Sure, it’s incredibly convenient to be able to log into a Wi-Fi network when you’re out and about, but doing so could expose you to various dangers.

For example, a phone hacker could be spoofing a genuine network and tricking you into using their own, nefarious hotspot which will capture every piece of data you send and receive over it.

Likewise if you leave your device and accounts signed in on a legitimate network, these could be compromised by a tech-savvy crook who is in the area.

The best option is to use 4G or 5G coverage for on-the-go internet access, and only sign into trusted, secured wireless hotspots at home or at work. Avoid unfamiliar networks, especially those which lack password protection.

Many pieces of malicious software have managed to make it past the moderators and onto the official app stores for iPhone and Android devices as well.

It’s safe to trust well known apps from official sources, but be wary of any new apps which don’t have many downloads, or have bad reviews. Even apps with too many positive reviews in spite of their obscurity should be treated with suspicion.

If in doubt, research any app before you install it to check whether it is legitimate, or whether it is dangerous. Also be aware that even mainstream apps can track how you use your phone, so don’t be lulled into a false sense of security without ensuring you’re comfortable with the level of access you’re giving to a developer.

Signs Your iPhone Has Already Been Hacked

There are a few ways to tell if your iPhone is hacked, and Certo’s list offers a deeper dive into this important issue. Red flags include suspiciously high levels of data usage, suggesting rogue code is running in the background, as well as generally unusual levels of performance.

Even something as simple as suddenly finding that your battery loses charge much faster than it did in the past is a warning signal that something’s amiss. Don’t just assume that your iPhone is getting long in the tooth, but be alert for indications of untoward activity behind the scenes.

Apple offers impressive levels of protection for iPhone users as part of its standard iOS ecosystem. However, to take full advantage of this you have to choose to use the defenses that are at your disposal.

For example, requiring a passcode to unlock your phone, or using biometric scanning or facial recognition instead, is a must. Don’t settle for easily guessable pass codes either, since these can be cracked with a bit of brute force by attackers.

You should also keep your login details private, rather than sharing them with anyone else. This applies not only to people you chat to online, but also friends and family, because the more people who know your credentials, the more exposed they are to theft by third parties.

It’s also possible for your iPhone to get infected with malware, and thus allow hackers in via a backdoor, if you open a phishing email or visit a malicious link to a website where murky code such as ransomware lurks beneath the surface.

Filtering out spam messages from your inbox, and never opening unsolicited mail will help. As with apps, you can check the reputation of websites online before visiting them, and don’t get duped by offers that sound too good to be true.

The Bottom Line On Protecting Your iPhone

The iPhone is a wonderful device, but it needs to be used responsibly in order to ensure that the sensitive data it provides access to does not fall into the wrong hands.

Making sure you know how to remotely erase the data it contains if you lose it or it is stolen should be a priority. Don’t assume that because you’re a veteran iPhone user that you already know all the vulnerabilities, because cyber threats are always evolving.