3 Ways to a Trouble-Free User Experience Through Tree Testing 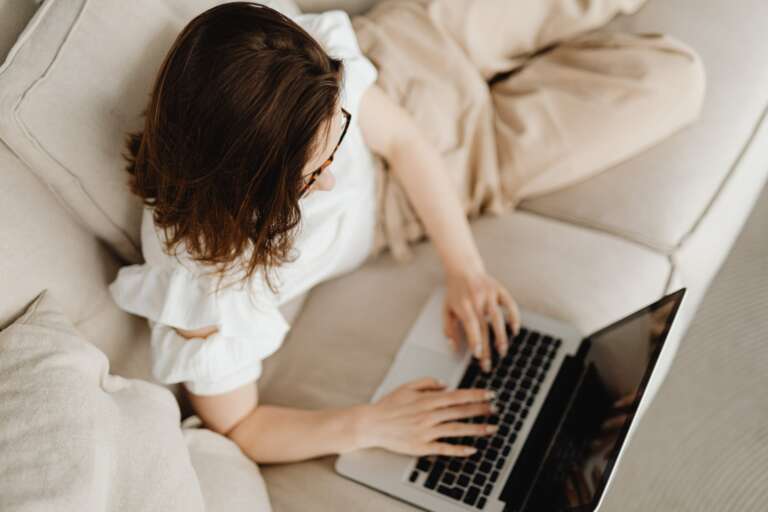 Evaluating the structure of your website, or testing the layout of anything else that includes a branching menu, is referred to as “tree testing.”

The approach is simple, can be done early in the project development, and can save you a lot of time and effort in the future. For the perfect example of UX designing with tree testing, check out Maze’s UX research guide.

Contents show
1) What Exactly Is a Tree Test?
2) Difference Between Tree Test and One Click Test:
3) 1. Tree Test versus Card Sorting Test:
3.1) Uses of the Tree Testing Results:
3.1.1) What It Is That You’re Trying to Find
3.1.2) Correlating the Outcomes:
4) 2. How to Define Success
4.1) Important Point
5) 3. Utilization of the Obtained Results
5.1) The Shortcoming of First Click Testing:
6) Conclusion
6.1) More on this topic:

What Exactly Is a Tree Test?

The input you need to develop a functional website with menu choices nested inside each other, such as an automated message system (“Press one for Employee Services.”), may be obtained via tree testing.

Press two to speak with Customer Service”) or the choices on a DVD (are there subtitle options beneath the “Play Movie” option?).

Because it is frequently referred to as “backward card sorting,” and also because it shows a certain similarity to first click testing, it is challenging to define tree testing without including mentioning these other approaches.

The tester is taken through the structure of your website (or your response service, or anything else is being tested) and asked which they would select to get the desired result. It is an example of tree testing.

The test doesn’t finish after the first click. The tester must go through the complete process, from the first page to the last click, before declaring victory.

Even if you are successful with the first click, there is still a possibility that you may not be able to complete the job successfully. It would help you find out whether the structure of your website is causing customers to get confused.

‍One further significant distinction between tree testing and first click testing is whether tree analysis focuses only on the structure and disregards the content and style of the website being tested.

However, none of these additional characteristics are considered when performing tree testing. The tester will only view a schematic that shows which headers include which subheadings; they will not see your actual layout.

Both tree testing and reverse card sorting concentrate intently on the structure of a website, its hierarchical “tree” of different possibilities, which is why the two methodologies are sometimes used interchangeably.

During the card sorting activity, you will have your participants build trees for you. When doing tree testing, your job is to test the trees.

Uses of the Tree Testing Results:

What It Is That You’re Trying to Find

The following figures may probably appear in the form of results when you use your testing tool:

The degree to which each of these metrics contributes to overall significance will change depending on the exam that is being administered. The links between these figures will also provide you with important information.

It won’t be easy to correlate the outcomes of the various tasks, much alone combine the statistics to get anything like an overall success rate for the ten separate functions in the exam.

For illustration’s sake, if one activity takes a minimum of 5 clicks while another requires two, it stands to reason that their respective timings are not comparable.

Compare the outcomes of activities analogous to one another or, even better, various iterations from the same task.

Is it the case, for instance, that if you can find cucumbers under fruit and vegetables and each way requires a certain amount of three clicks, the time needed for one path is less, but the directness of the other road is more remarkable?

2. How to Define Success

If you make adjustments based on what you’ve learned from previous tree tests and other research, then the success rate of tree testing will almost certainly be lower than just the positive outcome of the website when it has been completed.

Additionally, the success rate of a task that needs a large number of clicks is likely lower than that of a work that requires a small number of tests (in tree tests or otherwise).

You will learn via experience what kinds of outcomes might reasonably be regarded as “good” under certain conditions. You may also look at the comparable products, such as whether or not this tree has a greater success rate than the one it replaced.

Is there one activity that routinely takes much longer than other chores that ought to be comparable?

Last but not least, remember that every duty’s importance varies. Depending on your website’s purpose, some processes must be understandable and uncomplicated; otherwise, the user will get annoyed and abandon the website.

Other jobs may be considered worth the additional work, or users may conclude that other aspects of the website are worthwhile even if the activity in question is a source of frustration for them.

In an ideal world, the whole tree would function flawlessly; a passing mark for one route could not be the same as a passing grade for another.

3. Utilization of the Obtained Results

It is essential to take into account the connections that exist between the different integers.

For instance, if the directness of a particular job is low, it is an issue, even if the success rate is high; users who finally complete their objective only after several false starts and backtracking are likely to be upset, even enraged, by the experience.

Also, if the directness and success of the solution are both high, but the time required to complete it is quite lengthy, this indicates that the users are becoming perplexed by some aspect of the solution.

Because of the significance of first clicks, there is a practice known as first-click testing.

Users who make a mistake on their first click have a substantially lower chance of reaching their destination (even if they go back and try again) than users who create the correct initial click (even if they get off track for a while later).

It indicates that in tree testing, incorrect initial clicks need to significantly influence a task’s “grade” than wrong turns later in the process.

On the other hand, if the initial click is correct but the destination is incorrect, you can more precisely locate the issue and address it.

The position of users’ incorrect initial clicks may also provide insight into how the tree is modified to make it more straightforward for end-users. If wrong clicks form the cluster, the tree revision to create the collection correctly.

If the incorrect clicks are dispersed, then the destination for that work could better belong to numerous headings—that is, until scattered wrong initial clicks crop up for many activities, in which case your selections might be challenging to discern from one another.

To construct categories that are more precisely defined, you may want to try using a card sort.

Even though the data from a tree test are quantitative and the outcomes are numbers, evaluating the findings entails making the kind of judgment calls that are more common in qualitative tests.

It should be obvious, and including the qualitative data from the pilot, research is another way to significantly boost the test’s usefulness after having undergone the appropriate analysis.

For instance, if a particular activity took a long time, the qualitative data may tell you what the testers were doing for the whole period.

Because contemporary tree testing tools make it simpler to set up and execute tree tests than the majority of other types of tests, tree testing is becoming more popular.

Modifying an existing spreadsheet is all required to generate a new trial. Testing trees isn’t a silver bullet, but none of the other types of testing are either. It is advised that tree testing be performed in conjunction with different types of assessment to offer a complete picture of the current phase of the design process.