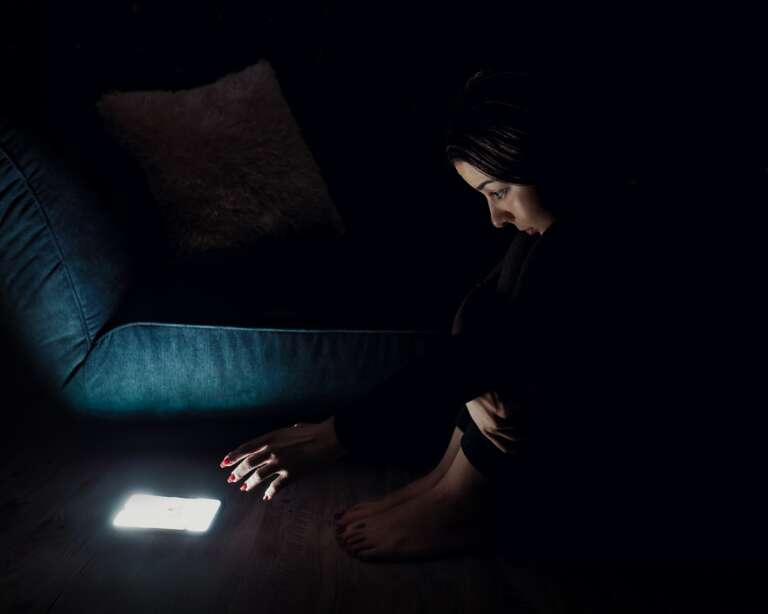 Social media is now the most prevalent means of communication for at least 3.8 billion people across the globe.

50.1% of the daily time spent on smartphones by people is for social networking apps. They use social media to chat with their friends, learn, check the news, watch entertaining clips, search for new products/services, and finally sell/buy.

Such a diverse set of applications has made social media a must for many people so that they can’t imagine spending a single day without social media.

With social networking platforms growing day by day, experts have raised a big question: “how much time do people spend on social media?”

If you want to optimize your social activities and get higher ROI, you have to know how much time your audiences spend on social media. In fact, you can’t build a strong social media marketing strategy without answering this question.

In this post, I am going to provide you with insightful data about the time spent per day on social media to help you target your audience more exactly.

As you know, technology appeals more to youngsters compared to old people, and social media is not an exception. So the time spent on social media every day is significantly different among different generations.

Here is a summary of social media time among different ages:

People aged 16-24 spend the most time (3 hours and 1 minute every day) on networking platforms. In contrast, the time spent on social media by old people aged between 45 and 55 is around 1 hour and 39 minutes every day.

However, there are reports that indicate the time spent on social media by old adults is constantly increasing.

Also, based on Digital Information World:

As you know, each social media site or app has its own characteristics, and therefore, its users are completely different from the others.

For example, LinkedIn is a professional social media, and Gen Z and those who want to be entertained are highly unlikely to use it. On the other hand, TikTok has been created mainly for this generation.

As a result, the time spent per day on social media platforms can be really different and knowing this difference can be of great use to marketers to target their audience more exactly.

Here is a summary of the daily time spent on each networking site/app:

Facebook is still the top social media platform in the world and is estimated to have around 2.7 billion monthly active users.

It also has more than 1.7 billion users that visit the platform at least one time each day. Users spend 58.5 minutes on Facebook each day.

Instagram is owned by the founder of Facebook, Mark Zuckerberg. It has been one of the fastest-growing social media platforms in recent years, offering a lot of fantastic features for individuals and businesses.

The total number of monthly active users of Instagram is 1 billion. Around 500 million users visit the platform at least one time each day. It is one of the most sought-after platforms among business owners.

It’s good to know that many startups, small businesses, and also individuals who want to earn money try to buy accounts on Instagram.

Instagram users spend 30 minutes per day on the platform on average.

Pinterest has around 320 million monthly active users in the world, 71% of whom are women. Pinterest is a growing social media, and statistics show that 14.2 minutes are spent on the platform by users in each visit.

It’s also good to know that this time is increasing rapidly, especially the time spent on the search for purchases.

It’s also good to know that YouTube is the second largest search engine after Google. 1 billion hours of video content is being watched every day. Each user spends an average of 11 minutes and 24 seconds per day on YouTube. This figure is 24 minutes daily for American adults.

LinkedIn is an employment-oriented social media network and is the most popular one among professionals, job seekers, and CEOs.

Of course, the average time spent on such a focused platform is not as much as it is on general networks like Facebook or Instagram. Many people are not aware of this platform, and many professional users do not have the time to spend on the platform.

Twitter has more than 330 million monthly active users and around 145 million daily active users all around the world. 63% of its users are aged between 35-65, 66% of whom are male, which is a rare stat among all social media sites/apps. Twitter has a poor record in the average time spent by people on it.

It is around 3:39 minutes per session, which is a bit low among other platforms. Maybe this is due to the nature of the platform, which is more suitable for politics, news, and trends in the world.

In fact, its users show less interest in some sought-after subjects like celebrities, and this might be a reason in this regard.

TikTok was launched in 2017, has the fastest growth rate among other top social media sites/apps. Currently, TikTok has more than 800 million active users across the world, and 41% of TikTok users are aged between 16 and 24, which shows it is a platform for Gen Z.

Its users open up the app 8 times a day to check updates, and this shows that TikTok is a highly addictive social media platform.

At the moment, TikTok users are spending an average of 46 minutes per day on the platform, watching 15-second video clips.

WhatsApp users open up the app 23-25 times a day to check new messages and spend an average of 28 minutes per day on the app on sending messages and making video calls.

The most recent report shows that Snapchat has over 381 million monthly users, that 249 million of them use the app once a day. Snapchat users spend an average of 28 minutes per day, with over 30 visits.

This is a multimedia messaging app and one of the most popular social media sites among youngsters. It’s good to know that this social media first introduced the Story feature, which was later copied by other platforms, especially Instagram.

There are more than 3.8 billion people that use popular social applications, and this number is growing day by day. Moreover, the time spent on social networks by an average person is constantly increasing as more features are offered by these platforms.

It’s good to track stats in this regard and learn when to share your posts with your followers to get maximum exposure and the highest engagement rates.