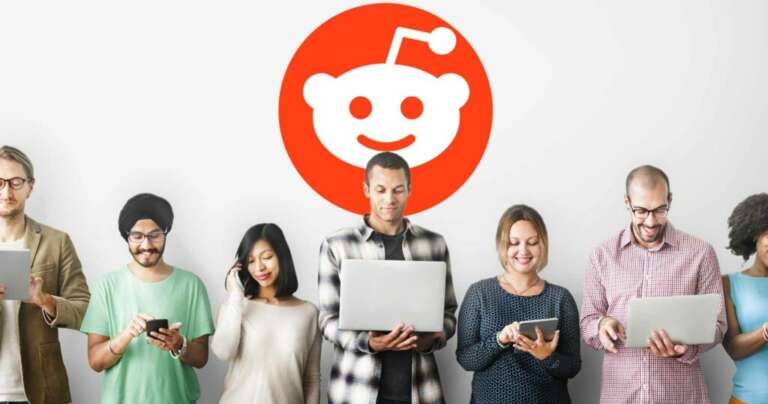 Reddit is an active platform on the internet that allows people to put their strong opinions out there. While you can join subreddits to become a part of a community, you also need to follow certain rules.

This’s a completely incorrect approach because social networks have unique posting times. As for Reddit, it is on Monday, Saturday, and Sunday.

Look, Reddit doesn’t force you to post at specific hours. You are free to post anything and at any time, but there are specific hours when your audience is most active. In those hours, your posts get the maximum traction and get noticed.

And this becomes more crucial if you want to make your mark on the front page of Reddit. In this article, we’ll discuss the best hours to post on Reddit. Let’s get started…

Before we get into the details, you need to understand one thing: the majority of Reddits users come from the US. Hence, we can say that if we figure out the best posting hours in the US, we can achieve maximum results from our content.

So, how can we know the best hours? Let’s look at a real life experiment to unravel the knowledge.

So, there was a Reddit user who experimented by posting over 73,000 posts for default subreddits of new users. He posted them between 8 and 10 AM US Central Time on Monday and used it as a point of reference.

What were the results? He concluded posts performed excellently between 7 and 9 AM on Saturdays, 8 to 12 AM on Sundays, and 6 to 8 AM Mondays. This experiment helps us to understand when the users are most active on the platform.

Another crucial factor to consider is that even if most markets have a captive audience that visits the platform, they don’t have the time to engage. Weekend traffic is different. People take longer than usual to browse Reddit, comment, and Upvote.

Further, when you post in the morning, it ensures that the post reaches Americans from all six US time zones. Another advantage of posting in the early hours is a discussion-less submission, which is always great to attract people to engage.

You can also reply to comments, ask relevant questions and make sure that people are searching the subreddit to see the submissions. Look, you want to avoid irritating the users because they hate when someone tries to market their products using content on Reddit. They can even ban you from the user groups.

But you can think of creative ways to promote your business. For instance, use Reddit polls to generate leads. Hence, take care of the rules, intentions, Reddit users seriously and post at the correct hours to make sure the submission gets received well.

What Are Reddit’s Peak Hours?

The peak hours to post on Reddit are between 10 AM and AM EST. You will reach maximum people and generate massive engagement because most people are active during these hours. Hence, whether you’re a marketer who wants to experiment with content or a creator aiming to build a fanbase, you must post at this peak period.

So, now let’s address an important question: When is Reddit most active?

You can count on weekdays and morning hours because on weekends, Reddit activity fades. This happens a lot as users want to enjoy their weekends after toiling hard at their jobs.

Above, the results from the experiment show that the best days to post on Reddit are Saturdays, Sundays, and Mondays. And you already know the timing, which is between 7 AM to 9 AM on Saturdays, 6 AM to 8 AM on Sundays and any hour on a Monday is fine because users are most active on weekdays.

Subreddit Traffic Analysis For Specific Subreddits There is another variable that you must consider before generalising the timing mentioned above.

This is because the experiment was done on some top subreddits, but if you carefully observe, each subreddit has a distinct quirk and audience. And if you are not careful about considering the factor that affects the best posting times for every subreddit, then you’ll overlap the timings.

But you can still rely on the discussed timings because they partly work as there are a massive number of US users that make it work. Now, you can use an online tool to make your life easy.

“Later For Reddit” is a free online tool that analyses the top posts from subreddits and tells you when they got posted. You can even look into specific metrics like the days of the week and particular hours.

For instance, when one user used this tool to analyse a subreddit, he found that the best days of the week and hours to post were 5 AM to 7 AM on Thursdays and Fridays.

Another factor that you must consider is if you are targeting an audience from a specific location, and you are posting from the US, then you must post earlier or later than the best hours.

For instance, if you are targeting a Swedish audience, then you must post before Swedish people wake up, as a Swedish subreddit will receive many of the US users at US-centric times.

But you must not stress over this because this only applies to target audiences from specific locations. Of course, there are other variables, but the best technique you can use is to stick to your analysis.

A lot depends on the goal you want to achieve. For instance, if you want a promotion strategy, then you must stick to posting in the early morning on Saturdays, Sundays, and Mondays. These are the peak days and hours as people are having off days or are starting their week.

But sticking to the peak hours discussed above works best. And if you are someone who relies on Reddit audiences a lot, use data and tools that are available free. Obviously, you also need to take care of the common variables.

These include posting the best content out there, content that is valuable to the users, posting in relevant subreddits and at the best hours. If you want to make the most of your submissions, then consider providing value to your audience.

This is because when your opinion is valued by other users, and you are an active member of the community, you can generate a whole new level of engagement.

There you go. Now, you know the best days and hours to post on Reddit. You can simply stick to the hours, but analysing a subreddit using free tools and data is an excellent move. Finally, post quality content and become an active member of the community you are trying to influence.