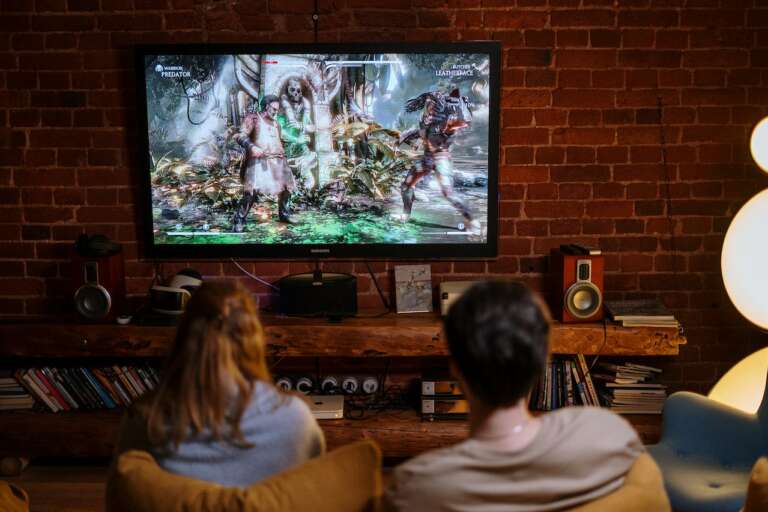 We can confidently say that now we are living in the “golden era” of the gaming industry. The capitalization rates of this industry has recently exceeded the average and amount to about 20%. Thus, in 2019 total sales reached $145 billion, in 2020 – $175 billion, and by the end of 2025, the level of $255 billion is expected.

Incredible figures, isn’t it? In 2019, Russia’s revenues from the sale of “black gold” amounted to $122 billion. It is not surprising that the industry seems very appealing to investors. Especially in the field of mobile games, which is dynamically developing.

According to some research, every fourth man on earth plays games on their mobile gadget with greater or less frequency. And now, new types of games based on smart contracts have become available for gamers around the world.

It would be surprising if decentralized applications on the basis of smart contracts and blockchain technology remained on the sidelines of the gaming industry.

Especially considering its numerous problems. This is exactly what we are witnessing today – the integration of blockchain into the world of games, which promises a lot of benefits for the gaming industry. DecimalChain, as one of the blockchain technology leaders, is actively developing in this direction.

Contents show
1) What Is A Smart Contract And How Is It Used In Dapp Games?
1.1) Making Money On Games
1.2) Attracting New Gamers
1.3) NFT Implementation
1.4) Decentralization
2) How Are Smart Contracts Supported In DApps
2.1) Decentralland
2.2) Axie Infinity
2.3) Sorare
3) Revolution Smart Contracts In The Gaming Industry
3.1) More on this topic:

What Is A Smart Contract And How Is It Used In Dapp Games?

There are two main directions in which the convergence of distributed network technology and mobile/computer/console games is taking place. First of all, this is the use of smart contracts, and secondly, non-interchangeable tokens, better known as NFT.

Advanced projects like Decimal (operates on the basis of DecimalChain blockchain) offer its users both of these features. We can also talk about such a trend associated with the use of blockchain technology in games as the emergence of earning opportunities for players.

Let’s look at the main advantages of SC integration into the gaming industry in more detail.

The trend when gamers spent money to improve achievements seems to be becoming less relevant. Tokenization of games allows you to expand the gameplay process and results– now, along with getting satisfaction from passing levels, you can also get money. Let these incomes be largely symbolic, but the fact itself is a good incentive.

Users interested in the crypto industry understand the meaning of the term NFT, which is widely heard today. By the way, the feature of NFT creation is also integrated into the Decimal blockchain, along with smart contracts and other advanced technology developments.

DecimalChain offers a wide range of services associated with blockchain technology in its various forms. But for most gamers, NFT is just a wrapper that attracts them to the gaming industry and introduces them to the world of new technologies.

It also happens that a player does not even realize that his favorite toy is based on blockchain technology and is a decentralized application implemented on a smart contract.

Using NFT in games is not just a fashion statement. In fact, this is a paradigm that changes the very concept of owning digital assets, whether it’s a piece of music, in-game paraphernalia or digital art. Now all these assets become your property outside the framework of a particular blockchain game, they can be stored on crypto wallets in the same way as tokens.

An additional plus of such a solution is the absence of dependence on the whims of the game developer, who can curtail the accrual of any game bonuses, or the server may simply fall.

The smart contract works within the framework of blockchain, that is, it uses all the advantages of decentralized systems. This means that if in classic games developers completely control gamers, then on the blockchain they gain maximum freedom, the ability to own game assets and, equally importantly, gain confidence that now the future of the game depends on the community of gamers. This is why blockchain games have become that popular today.

How Are Smart Contracts Supported In DApps

The P2E platform (“play and earn”) is a relatively new trend in the industry. Old-timers probably remember the times of Spedia, and some may even have received checks from this company while sitting idle at a mini-shooting game with an advertising block. Alas, the days of the rapid heyday of dot-coms quickly passed, but today the “ball” is returning.

Now the wave of investment is directed to the crypto industry, and part of this flow of money is redirected to the NFT market. This means that no one forbids equipping a game character with NFT attributes, which in themselves become digital assets. Which can be sold, exchanged or stored as an investment.

Players, accumulating points, lives, experience or game coins, can now receive rewards in the form of crypto assets, which, as expected, are recorded in the blockchain and on the player’s wallet without his participation.

Currently, there is a boom in such games, especially in developing countries, where users have the opportunity to provide themselves with additional income. Of course, if a player wants to pump his character faster, he can do it for the accumulated crypto assets, and if they are absent – for fiat money, buying them on the stock exchange.

Thus, the developers partially compensate for their losses. It is important that the NFT assets received by the players will not disappear if the developer’s support for the game stops, and their value will grow over time.

The oldest representative of this category of blockchain games. For the same reason – the most famous. The essence of the game is the purchase of land and subsequent quests.

It was Decentralland that was the first to propose a model in which players can earn both cryptocurrency (the MANA token from the ERC-20 family, based on the Ethereum blockchain) and the non-interchangeable LAND token, which is an in-game unique NFT asset;

A young, but very promising project that already has good monetization indicators. The gameplay is simple: you play cards with real rivals, receiving rewards for winning in the form of cryptocurrency (SLP token). The game also uses another token, AXS, which is needed for management.

The higher the player’s level, the higher the chances of winning and earning more tokens. Pumped users earn up to 150 SLP daily (the coin value ranges from 20-35 cents). It is not difficult to calculate that their monthly earnings may exceed $1,000. However, pumping takes time (or money), and the current earnings largely depend on the fate of the project;

Uses a different approach. This is a fantasy football simulator, and the gamer’s task is to form a team using the cards of football players from more than 100 famous clubs. If your team wins, you get rewards for goals scored and assists from your players. The rewards can be either ETH or NFT.

The list of blockchain games based on smart contracts is constantly being updated. To participate in most of them, initial investments are not needed, and wallets for a specific token are created during registration.

It is safe to say that the increasing involvement of blockchain in the gaming industry is not just a hype. The main advantage of such integration is the decentralization of the gameplay. By and large, players may not even know that they are becoming active participants in the crypto market.

As for P2E games, it is not so clear here. To a large extent, the situation will depend on how things will go in the crypto industry as a whole. Perhaps the strategy of such blockchain games will change a little and it will become difficult to earn a lot, but the opposite trend is also possible.

One thing is for sure: blockchain and smart contracts have come to the game industry seriously and for a long time. Despite the problems inherent in this technology related to security and scalability. A typical example is the Decimalchain platform with its native Decimal token, which is initially focused on the widespread use of smart contracts, including the gaming industry. And there are a lot of such examples.