Let’s take a look at what’s going on currently with the state of the Metaverse, where consumers stand, which technologies are growing, and what brands and platforms are going ahead with it with these key Metaverse statistics and facts. 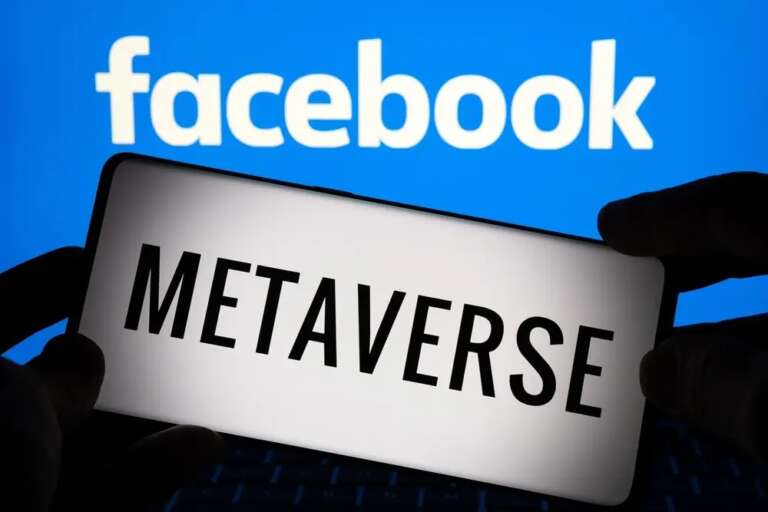 It seems as if 2023 is the year of the Metaverse. There are projections out there that the Metaverse could reach $800 billion by 2024, and right now, it is currently sitting around $47 billion.

There has been a surge of interest thanks to the pandemic back in 2020.

So, a combination of changing consumer habits as well as accelerating digital technologies has resulted in the Metaverse becoming more and more real.

All of this has encouraged marketers to consider the Metaverse becoming a very real virtual reality.

So, let’s take a look at what’s going on currently with the state of the Metaverse, where consumers stand, which technologies are growing, and what brands and platforms are going ahead with it.

38% of American Adults Don’t Know What the Metaverse Is

At the end of 2021, in an online survey and according to Metaverse statistics in general, found that 38% of adults in America said that they hadn’t heard anything at all when it comes to Facebook’s innovative virtual reality project.

Thanks to a lot of recent controversies surrounding Facebook, it has changed direction, which is something that is a lot more well-known than the Metaverse itself.

Right now, people are more focused on the fact that Facebook is trying to distance itself from security and privacy breaches.

According to Metaverse statistics, Mark Zuckerberg might have an uphill battle on his hands, with 68% of American adults saying that they aren’t actually really interested in the growth of the Metaverse.

Despite the previous Metaverse statistics, in 2020, 83.7 million people in America used augmented reality at least once a month.

This figure is predicted to increase to 110 million users in 2023.

Again, according to Metaverse statistics, it remains to be seen whether this project is going to take off or not, considering that 41% of respondents to a survey said that they weren’t interested in augmented reality.

Related >  How Many Software Engineers in the World are There? Latest Statistics in 2023

Just 7% of the respondents to the survey said that they were very interested in augmented reality.

Of course, according to Metaverse statistics, the younger generation is slightly more intrigued in what’s going on with augmented reality, which is why 21% of respondents to a survey said that they were interested.

The Metaverse industry is comprised of hardware and software, and right now, hardware is taking first place.

According to Metaverse statistics, AR and VR devices are set to increase in popularity, but it remains to be seen whether this growth will be sustained.

Reality hardware is catching on, according to Metaverse statistics, which indicate that the virtual reality hardware industry made $10 billion in the American market in 2023.

Revenue from AR/VR Headsets Is Predicted to Reach 5.5 Million Units

In 2020, it was predicted that headsets for augmented reality would reach 5.5 million units.

This is another one of those pretty impressive Metaverse statistics, and shows that slowly but surely, people are catching on to the popularity of the market, even if it is slow to grow.

It is predicted based on Metaverse statistics that there will be 1.7 billion mobile augmented reality users around the world, which is an increase of 1.5 billion from the 200 million that was seen in 2015.

Safety, Accessibility, and Cost at The Three Top Factors Considered in The Augmented Reality Market

10.7 Million Users Have Been Part of Fortnite Concerts Online

Metaverse Could Near $800 Billion Tackling Ads and Live Events

The Metaverse is going to attempt to monetize the environment as quickly as possible, which is why it could get close to $800 billion when it comes to ads and live events.

Again, the Metaverse is the perfect landscape for gamers, which is why the gaming industry is set to exceed $400 billion by 2024.

There Have Been More than $25 Million Worth of NFT Sales

Roblox did really well in the first quarter of 2021, when people spent almost 10 billion hours playing the game online, and more 42 million users made the most of it every day.

$652 Million Was Spent on The Virtual Currency of Roblox, Robux

Roblox’s cryptocurrency seems to also be doing pretty well, which is why people spent more than $652 million on the virtual currency.

Metaverse statistics indicate that Travis Scott as well as other famous rappers garnered a lot of attention for concerts that they put on recently in the virtual world.

What is the Metaverse?

The Metaverse a virtual reality comprising of software and hardware, where people can connect with one another in virtual environments.

It is Mark Zuckerberg’s answer to distancing himself from controversies and issues that Facebook has caused in the past.

What is the Future of the Metaverse?

It is predicted that the Metaverse is going to be worth more than $800 billion in 2028.

What is the Metaverse?

The Metaverse a virtual reality comprising of software and hardware, where people can connect with one another in virtual environments.

It is Mark Zuckerberg’s answer to distancing himself from controversies and issues that Facebook has caused in the past.

What is the Future of the Metaverse?

It is predicted that the Metaverse is going to be worth more than $800 billion in 2028.

As you can see, just like with Facebook, the Metaverse has already struck a chord and divided people.

Some people love the idea of the Metaverse, while some people are extremely hesitant, and remain skeptical.

Whatever side of the fence you are on, it is predicted that it is going to take another 10 to 15 years for the Metaverse to grow, so there’s no doubt that you will have time to get used to the idea.

Related >  All You Need to Know About The Metaverse