How Long Does It Take To Mine A Bitcoin? 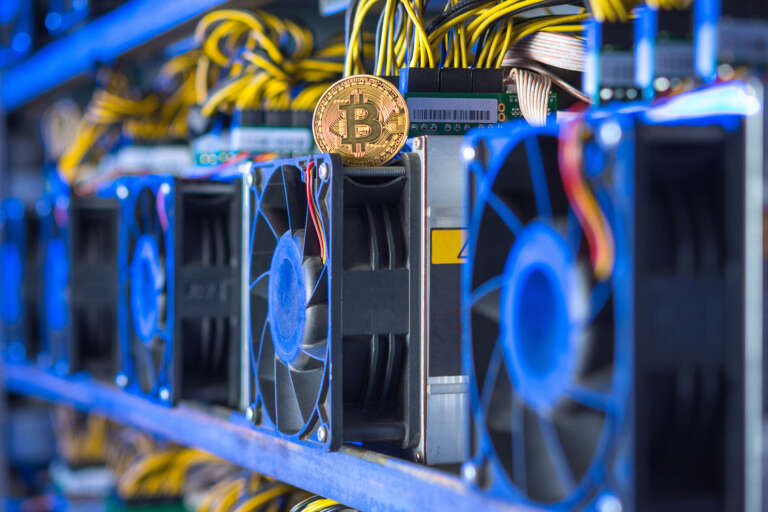 Despite the up-and-down movement over the years, Bitcoin remains the most valuable crypto. According to CoinDesk, the value of a single Bitcoin plays at almost USD$30,000 as of June 2022. It isn’t as high as in previous months, but crypto miners can still get a large payout from the volatile trade.

Provided the value of Bitcoin doesn’t drop any further, people will keep mining for Bitcoin, if not any other crypto. You can look these up to know more about mining Bitcoin and if it’s still worth it, especially in this post-pandemic economy. But how long does it take to mine one unit of this popular crypto? The answer may or may not be as straightforward as you might think.

A paper published in the SMU Data Science Review estimates the time required to mine one Bitcoin at ten minutes. This figure is based on the hashing difficulty or how hard it is for the crypto algorithm to ‘hash’ or convert data to cryptographic data. Bitcoin’s algorithm adjusts itself to maintain its ability to verify transactions in ten minutes.

Question answered, right? Not so fast.

The paper also states that mining one Bitcoin takes ten minutes under ideal conditions—and real life is anything but ideal. It may have been possible in the first few years of crypto, but advances in crypto technology have increased mining requirements. In other words, using even a dedicated rig for mining Bitcoin will take more than ten minutes.

For this reason, crypto miners put together custom PC builds with enough processing power for mining. You’ve probably stumbled upon impressive builds online or at your local shop sporting multiple video cards. Of course, all that performance will make them power-hungry, so these builds may also have energy-saving parts installed.

Whereas ore miners use pickaxes, drills, and even explosives, crypto miners employ computer components categorized under one of the following:

The CPU is, for lack of a better term, the brain of any computer regardless of function. It’s responsible for managing the device’s operations, telling every component what it needs to do and when it needs to do it. Without one, you can’t have a working PC, let alone a crypto mining rig.

CPUs were more than enough for mining during the initial years of digital currencies. But as technology improved, CPUs could no longer keep up. Handling multiple functions in a PC means these parts don’t specialize in any of them. Mining with CPUs in this day and age will take an insanely long time, assuming they’re still viable.

Also known as video cards, GPUs are powerful components capable of conducting more calculations per unit of time than CPUs. As mentioned earlier, standard mining rigs today come with multiple GPUs. The number depends on the individual GPU performance; the more powerful the GPU, the fewer the rig may need.

The accessibility and performance of these components (available at a computer shop like CPUs) make GPU-based builds more commonplace. But after the GPU supply shortage last year, manufacturers are moving to restrict crypto mining on future GPU models. So this method may no longer become viable in the coming years.

FPGA boards are CPU-like logic circuits that are programmable to do what the engineer needs them. But unlike CPUs, these components can have their programming changed at any time. Getting to the nuts and bolts of how they operate deserves a separate article, but their nature makes them ideal for crypto mining.

Don’t expect to be able to buy FPGA boards from your local PC store, though. Since they conduct programming functions, they’re a more common sight in heavy industries and AI development. They’re also required to create the last component on this list.

ASIC chips often beg the question: “How can such a small chip fit so much circuitry and function inside?” Their small design enables them to perform many computations for less power. Their only downside is that their programming is fixed, but why would you need to change something already designed for crypto mining?

Because of these advantages, large-scale crypto operations use ASIC-based setups. While the ten-minute magic number might still not be achievable, ASIC is as close as the crypto market will get toward faster Bitcoin mining.

Given how far crypto has come since its debut in the late 2000s, it’s safe to say that mining one crypto unit goes beyond ten minutes. GPU-based mining rigs are still a dime a dozen in today’s financial climate, but ASIC-based ones may soon take the lead. Regardless, if developers find a way to make mining faster than ten minutes, the market will undoubtedly take it.