5 Common Mac Issues You May Encounter 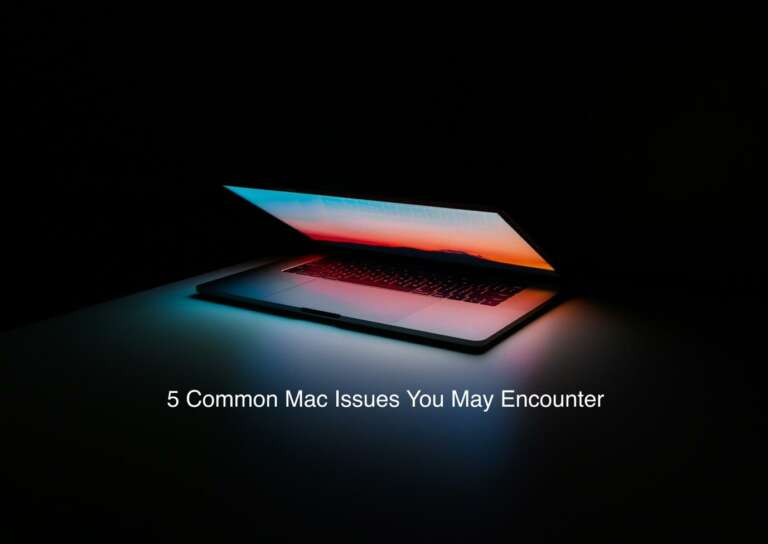 In case you are wondering whether should you choose a Mac or not, and are doing research about the pros and cons of a Mac model, this post may shed a light on your decision. Windows and Mac both share distinct highlights as well as downsides.

For example, Windows PC is well known for its compatibility and Mac gains a reputation for security. However, there are indeed some common issues of each model that you may take into consideration when purchasing a PC. This post focuses on 5 ordinary issues a Mac user may encounter and their fixes.

1. Mac Fails to Boot Up Normally

The start-up issue can rank at the top among all Mac problems for sure. Users may fail to start the Mac and meet the following scenarios. The Mac shows a black screen of death or white screen of death, won’t pass the logo, gets stuck on the login screen, and other boot-up failures. Here are some general solutions you can give a try when meeting startup issues.

2. Mac Gets Frozen While Using

From my personal experience, Mac frozen happens quite a lot. Generally speaking, the MacBook just froze when running a certain program all of a sudden, and it showed a spinning beach ball instead of a normal cursor. How to unfreeze Mac? Take the advice below.

Some Mac users may experience sudden Mac shutoff. Without any warning, the Mac just dies all of a sudden. The luckier situation would be the lack of battery, which means the MacBook will be fine as soon as it’s well charged. The less lucky ones, however, may result from system issues. Check the fixes below if your Mac dies randomly,

This looks awful – MacBook flickering with green lines on the Mac screen. Is the Mac about to crash or explode? Neither will happen. Mac screen flickering is likely due to software incompatibilities, system errors, or GPU misfunction. To make a flashing screen normal, here are methods that you can try.

Most of you have at least one external drive for backup or greater capacity, be it an external HDD, USB thumb drive, SD card, or other storage devices. Unfortunately, there are times the MacBook fails to read, mount, or write the external storage drive. What to do when Mac won’t read an external hard drive?

The MacBook is not immune to anything and indeed, it has some flaws such as the issues mentioned above. Luckily, by taking proper methods, you can easily tackle these issues. As you may notice, restarting a Mac is what’s usually done whenever an issue occurs. So, in case you encounter Mac errors, maybe a simple restart will fix all.