All You Need to Know About The Metaverse 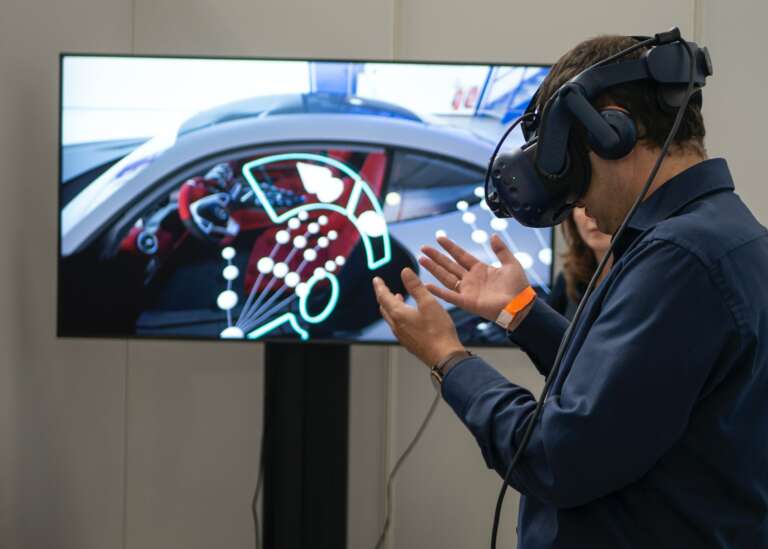 You will find all kinds of definitions and explanations over the net but most of them confuse people more than they make things clear.

The Metaverse is basically your very own virtual universe over the web. It is a world where people interact via personalized digital avatars instead of the plain traditional video calls.

The term originally comes from Neal Stephenson’s cyberpunk novel where it means an “imaginary world”.

However, the times have changed and the definition from the novel has been modified to a great extent according to today’s world.

The Metaverse is more about augmented reality than anything else where people interact with each other in a virtual world through VR goggles doing anything and everything around the world, you could build buildings, parks, and whatnot without having to create them in real life.

What Can You Do In The Metaverse?

The idea is very simple, to be doing different things without necessarily having to do them. You could just do anything from going shopping to even attending school.

Metaverse is going to enable people to enjoy all the fun aspects of life right from the comfort of their drawing rooms.

Think of it like playing a sandbox game such as old Minecraft, where instead of you controlling your character, you could BE the virtual character that cuts down trees, looks after the crops, interacts with other players and even earns a ton of Minecraft coins.

Meta today is the new name for Facebook as the company very recently announced the rebranding while Stephenson denied any kind of connections so Facebook might just come up with a whole new face of metaverse according to their very own interpretations.

Mark intends to make a metaverse of his own and the first step surely was to rename the biggest social media platform in the world.

Metaverse is a very controversial topic even in these times as it exists, but not in its entirety and now that it’s got a brand-new bold direction to it, the whole game just got stepped up like never before.

Companies like Microsoft, Nvidia are working hard on the metaverse thing. Combining metaverse and VR headsets for the best experience.

Metaverse is most strongly connected to the gaming industry, games like Sims had a metaverse of their own where you could literally do a job, go fishing, get married, and whatnot.

The possibilities in the metaverse are endless when it comes to enjoying the whole thing to its very bits.

However, along with all the pros, there is a big dark side to this metaverse.

From mental health-related issues to people thinking more about a virtual world than actually tending to their real-world needs, metaverse could end up as a revolution or a complete disaster.

And time is going to decide the outcome, till then let us all hope it all is actually as good as it sounds in theory.

How Do NFTs Fit into the Metaverse?

NFTs play a pretty big role in the popularity and usefulness of the Metaverse. NFTs are a kind of digital asset that is based on the same blockchain technology that is used by cryptocurrency.

However, instead of currency, an NFT can be a song, a piece of art, or digital real estate. You can create your NFT using no-code tools like the Appy Pie NFT maker.

An NFT gives the owner proof of ownership or a digital deed that can be purchased or sold within the Metaverse.

Another aspect of this is Metaverse Properties, which is considered the first virtual real estate company in the world.

This company is an agent and facilitates the rental or purchase of property or land in a number of virtual worlds in the Metaverse. These offerings include commercial spaces, conference spaces, art galleries, hangout spots, and family homes.

The Metaverse has allowed for new opportunities when it comes to companies that want to offer virtual goods, but what’s really interesting is that established brick-and-mortar businesses are also jumping on the bandwagon.

The basic concept of being able to engage in a virtual world online has been around for a while now, which means that a true and complete Metaverse where interactions that are lifelike are doable is still a few years away.

However, continue to watch this space, as you never know where the tech world is going to go.